Heer46, a popular German company who produces «paperpanzers» or prototypes in 1:100 scale, released last week a new crowdfunding project to create a new 28mm miniature line of WW2 German soldiers with Charkow-parka (anorak) and other winter equipment. The project is almost funded, but now Heer46 need your support to reach new stretch goals! 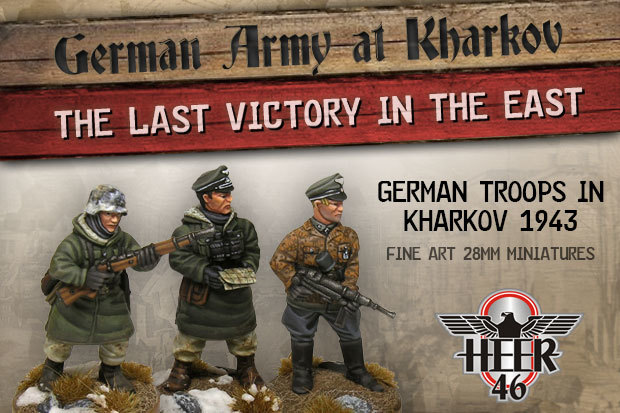 The crowdfunding project offers a new complete range of 28mm miniatures, including support weapons, perfect to play Bolt Action. Indeed, the pledge Infanterie-Zug 1 (EUR 62) includes the core to create the base for your German BA army: 2 infantry squad (10 men), mortar and HMG. Only the HQ is missing, but the second SG unlocks 2 officers. And all of them wearing the classical Charkow-parka! Lovely. In addition, some extra weapons can be unlocked, such as PAK40, sniper or an anti-tank team. But Heer46 needs your support to get them!

The miniatures are sculpted by Igor «Brother Vinni’s», are casted in metal and are awesome. Interestingly, the equipment (gas mask cannister, shovel, bags, etc) are separately casted and you can glue them as you wish. On the other hand, the support weapons as mortar or PAK40 are 3D printings, but also casted in metal. Furthermore, the second SG unlocks a complete painting guide made by our mate Rubén Torregrosa (HeresyBrush) and layouted by the PaintingWar team. The guide includes a complete step by step to paint a Heer46 miniature wearing a Charkow-parka, plus three sheets with color references following the same layout as in the PaintingWar magazine. To see some examples of the miniatures, scroll down:

To see the Indiegogo Campaign: Kharkov 1943 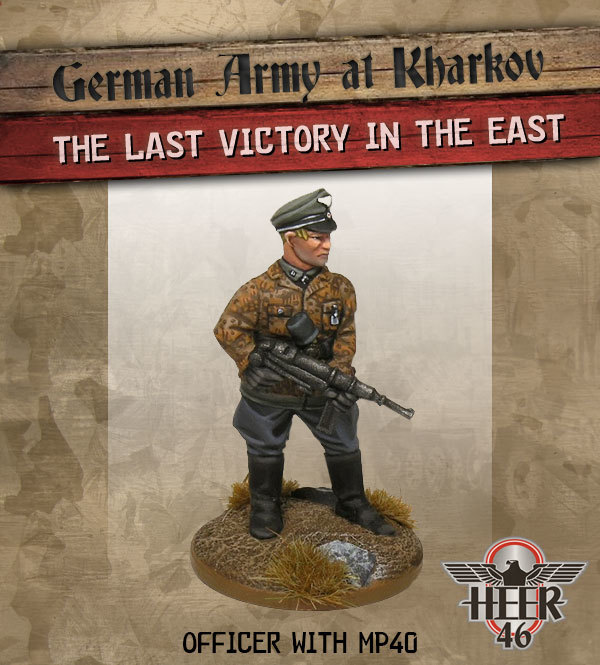 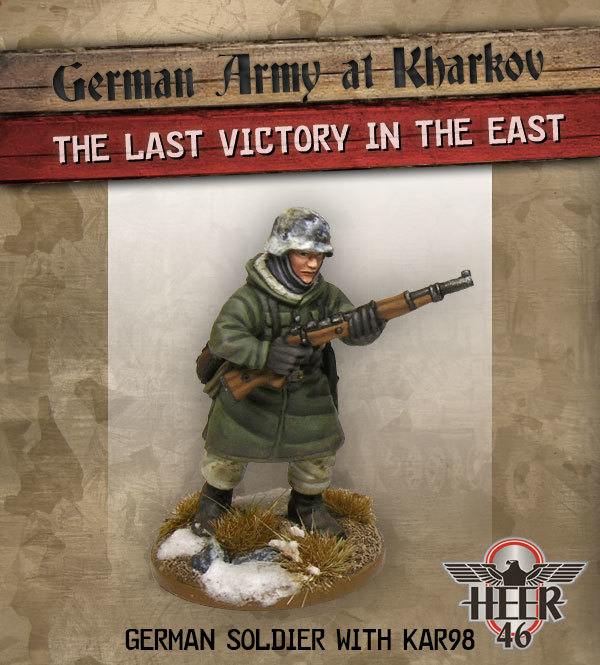 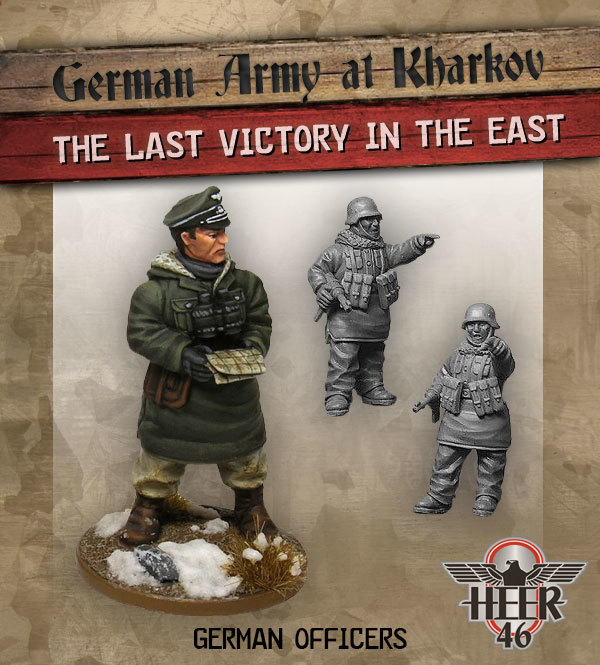 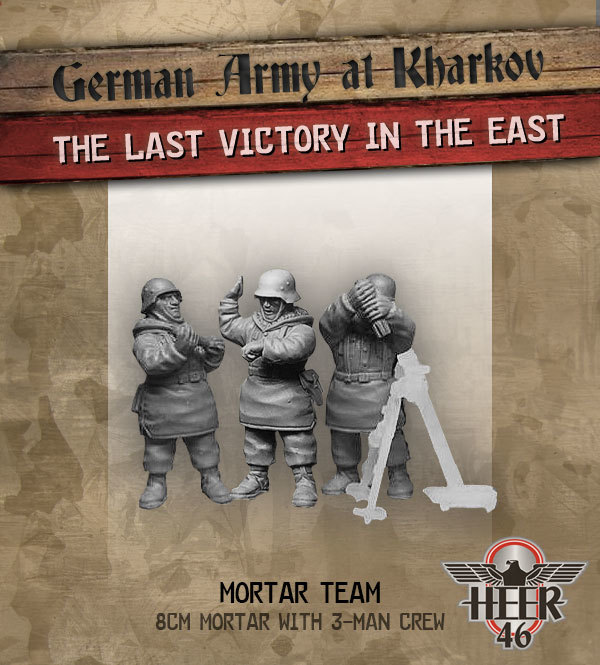 To see the Indiegogo Campaign: Kharkov 1943