I have recently started playing SAGA (yeah, another game!), and I obviously decided to play with Spanish because I’m far away from home. I have only played three games, but I love SAGA. It’s simple, fast and fun. Indeed, I like to say that SAGA is like Bolt Action for Ancient. What do you think? 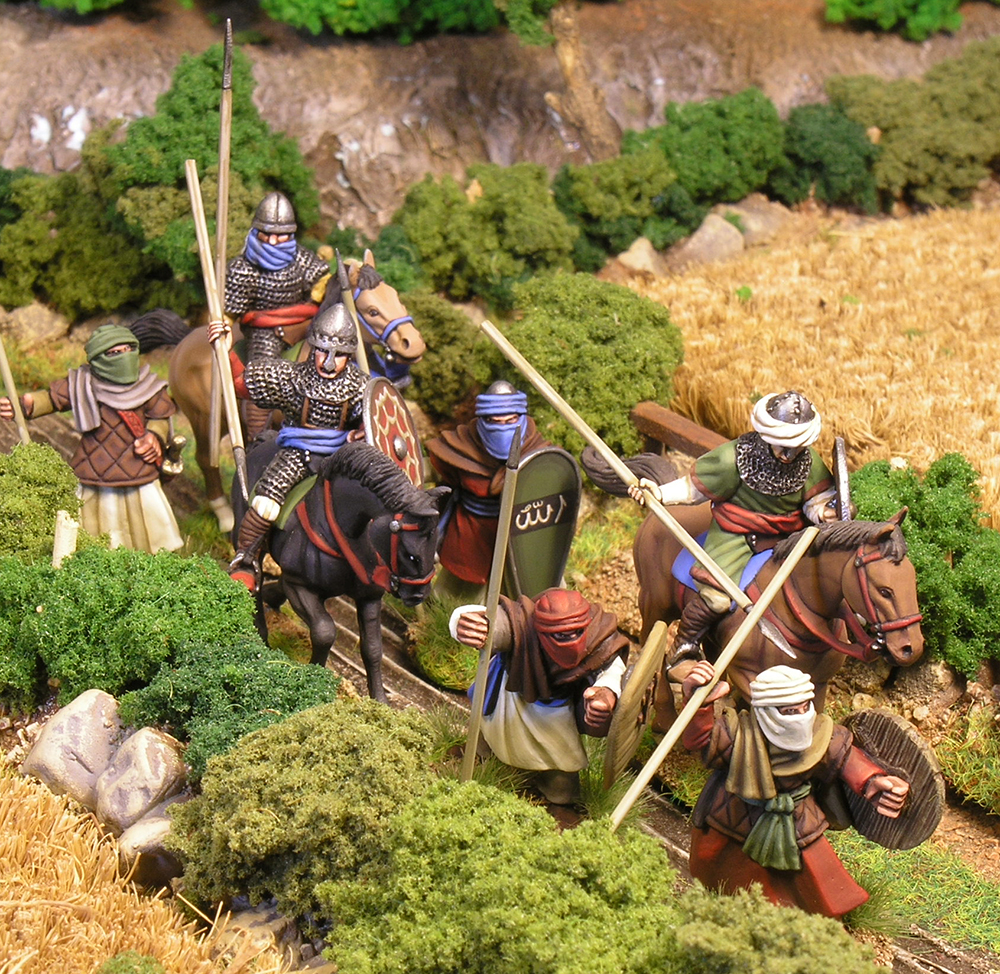 But we wrongly start because Spain didn’t exist as the current country at that time. The term Spain appeared during the XVI century, and the reconquista was between 722 and 1492. Therefore we should call this warband «Aragoneses», «Navarros», etc… or «Hispanos/Hispanic» (Marca hispánica). But not Spanish. Anyway, this warband is really cool. The whole army can be mounted! Can you imagine? dozens of horses charging…Yeah! This was the second reason because I decided to start Spanish (Hispanics) for SAGA. My 6 points list is the following:

In the following picture you can see how looks the whole army, but 3 horses (I forgot to buy an extra blister! buy now it has arrived).

I have played only three games (against Franks, Scots and Norse Gaels), and therefore my experience is so limited. But I think that the levy with bows is probably a bad investment. In two of three games this unit has been almost «nailed» in the same point, without doing anything. And when it could shot, I only have 4 die because it’s a levy (1 dice per 3 models). It’s important to notice that the Spanish battleboard is focused on mounted units. That’s, the battleboard is a bit different compared with others. To activate a foot troop you need a 4-5 result in a dice; while to active a mounted unit you can use 1-5. Thus, it is clearly easier to active a mounted unit, and it’s interesting to keep the 4-5 result to use a cool ability. I would like to replace the levy by a warrior priest or another mounted warrior unit. 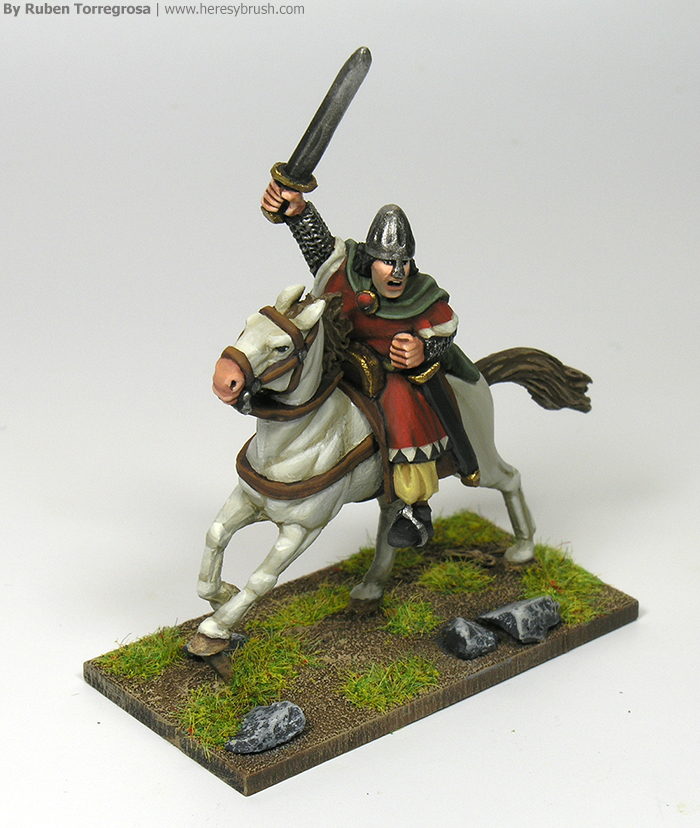 One of the basic abilities is called «Iberia«, and it’s really nice. You can activate for movement one of your mounted units as a reaction, after a enemy unit is activated. Is really nice to counter-attack or shatter enemy tactics. On the other hand, the battleboard shows a really nice special abilites (they can be used once a turn): 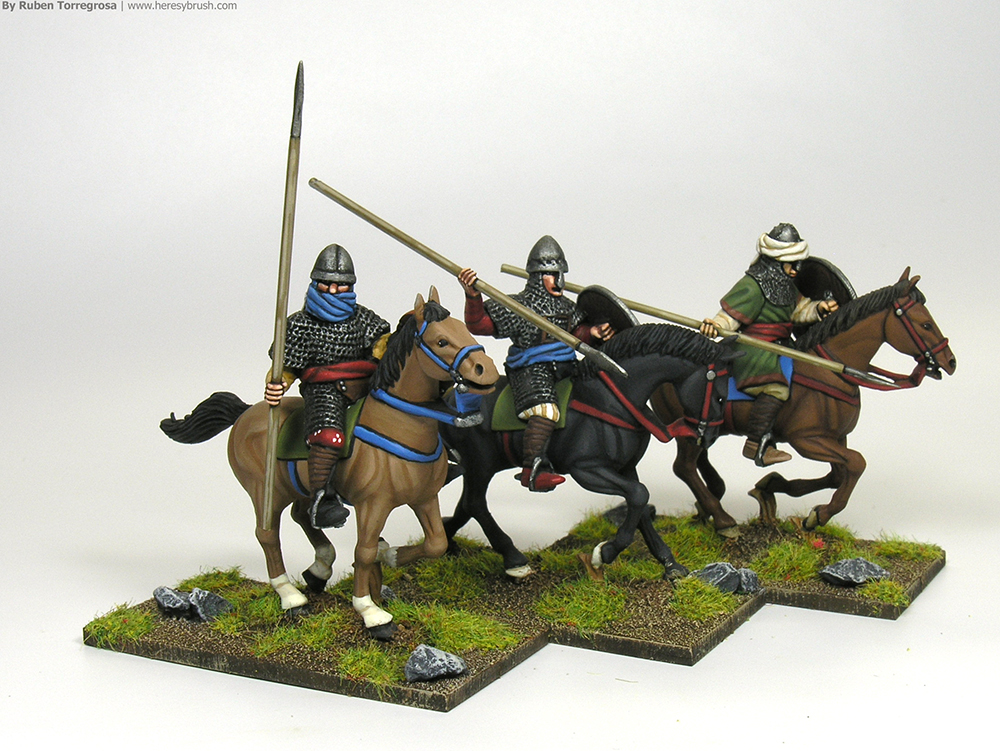 With only three games I cannot discuss tactics or strategies. I have learnt something new every game, and I still need to play much more games. But it seems that Spanish (Hispanics) are centred on disturb enemy actions by reactions (Iberia) and by blocking  its actions (Battle Chaos + Stunned, reconquista, broken command…). When I play more games I will write a new post with my impressions. At the moment I love to through the battlefield and shot javelins 🙂

About the miniatures, I think Griping Beast has just released a Spanish box. However when I was looking for my miniatures I payed attention to Crusader. I bought some WWII Germans from Crusader a long time ago and I love them. So I bought dozens of blisters. The worst idea ever. The miniatures are bloody nice, of course; but the flash lines are AWFUL. Indeed awful is not a proper word to describe the terrorific they were. I spent hours and hours ONLY to remove the flashes. It was annoying. I didn’t expected that, because I had given up buying them. Terrorific. Awful. Sin. I hope they change the molds or the caster. Otherwise, I had three Norman jinetes from Conquest games, in plastic. I converted these Normans in «Andalusians» or «Castillians» time ago, so I wanted to recycle them for my SAGA army. I should have bought them instead of metal ones from Crusader. But I love metal (in every sense :P). 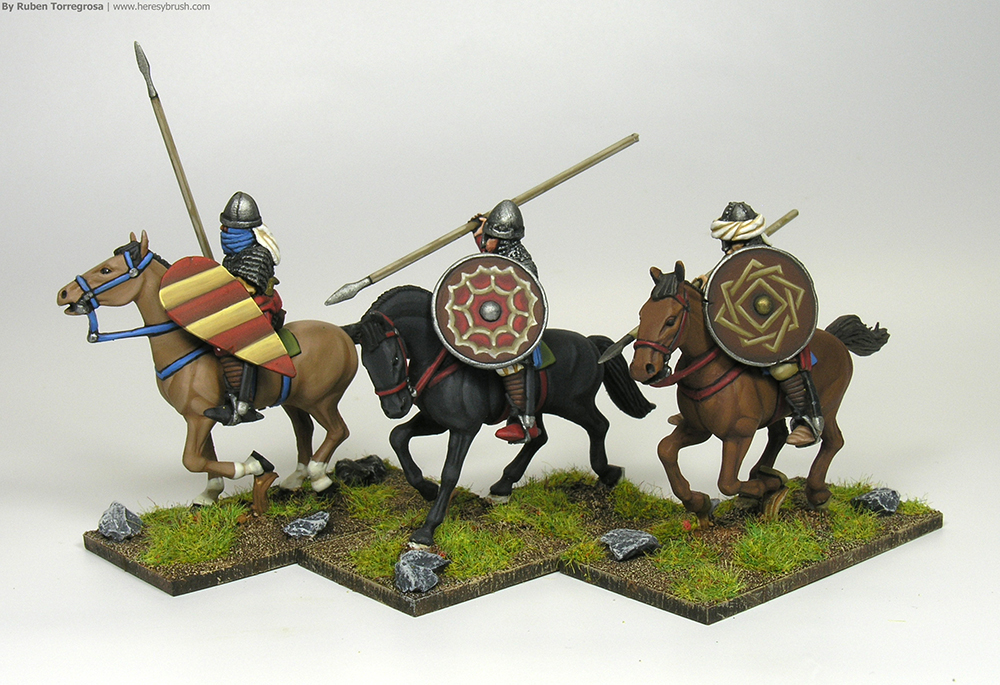