Let’s paint some camo on this big guy. In this Part II, we’re going to see the modulation of the E-100 Jagdpanzer Krokodil from Heer46 and the camouflage pattern.

In the previous step (WIP – Heer46 E-100 Jagdpanzer Krokodil – Part I Starting) we saw the priming of the model and the base color. Let’s give it more definition with a two colors modulation.

In this scale (15mm), I think it’s enough to use only two tones and the base. I usually start with a darker color to paint the shadow areas, like the bottom of the chassis or the barrel hollow. After that, I use a highlight color to recreate the lights for the individual panels.

In this model I made the base color and modulation with three tones of the dunkelgelb set of AK Interactive:

After that, a thin layer of satin varnish and then I started the camo pattern with a mask of silly putty.

I used a brown color from Tamiya for the brown patches. Then the same color mixed with white to make a small modulation: 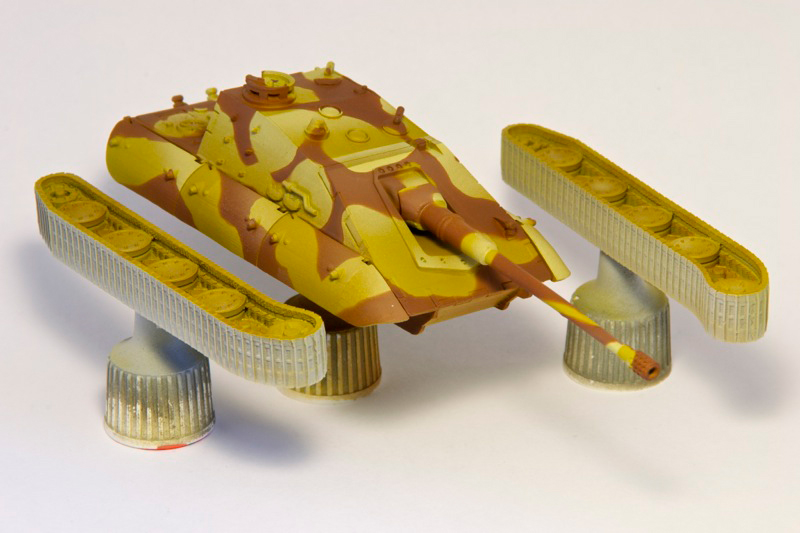 To unify the colors, I like to give to the model a filter. With this we can achieve smoother lights and a more integrated camouflage. For this E-100 I made it with AK-076 Filter for NATO tanks.

And that’s it! See you in the next step!

You can follow the process in the other entries: